This is the Time & Again Home Service. During these dark and difficult days, take a moment to turn up your wireless and listen to this week’s episode of… Greyhounds!

Greyhounds charts the trials and tribulations of every day life during the Second World War for the residents of Shuttlefield village. From a disastrous production of Henry V in aid of the Spitfire Fund, to a bittersweet street party on VE Day, follow the lives of those on the home front with a touch of comedy, a taste of Shakespeare, and pure vintage flair!

Our audio drama and podcast are free to listen to but, if you can, please consider making a donation. You can support us via our Patreon page from just £1 per episode. The company and many of our actors have completely lost their income due to the current crisis, so any support will be hugely appreciated. 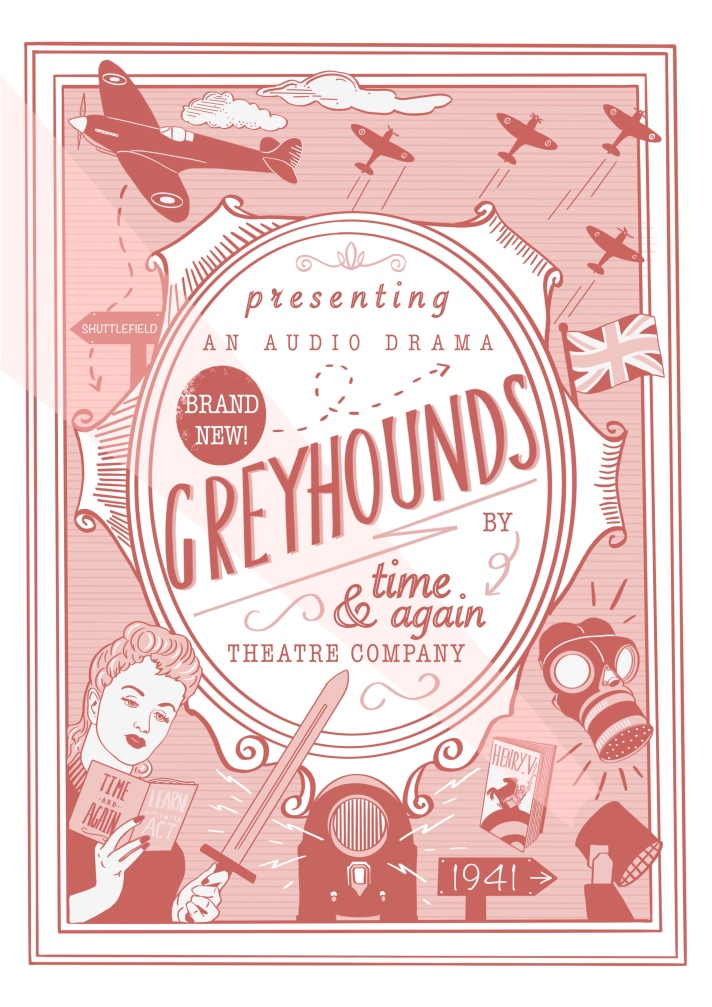 Catch up on previous episodes –

We are very grateful to be supported by The Library Presents, and Yorkshire Air Museum. Music kindly provided by The Easy Rollers.