Sigh for a Merlin – Behind the Episode

To accompany our new audio drama, we’re starting a series of blogs called ‘Behind the Episode’. Our resident aviation expert, Kirsty, will be looking further into the real history threaded throughout our story, particularly the aircraft featured in each episode.

As Katherine Winters sits atop her lofty perch gazing out over the flightpath at Duxford, she is treated to the distinctive growl of a Rolls-Royce Merlin engine as a Spitfire passes directly overhead. It is a sound that, with the passing of time, has become forever synonymous with the brave exploits of “The Few” during the Battle of Britain. Katherine’s hawk-like vision identifies the aircraft as being K9942, a Spitfire Mk. 1 that did indeed see service during England’s finest hour. By placing it in the Cambridgeshire skies the following Spring, however, author Laura Crow has had to rely on just a little artistic licence.

After making its first flight from Eastleigh in April 1939 in the capable hands of Supermarine Test-Pilot George Pickering, the operational career of K9942 was to be relatively brief. Nonetheless, it’s front-line service would see it involved in one of the most momentous events of WWII.

It was initially assigned to 72 Squadron at Church Fenton who were in the process of converting from the Gloster Gladiator, the last biplane fighter to see service with the RAF. In the first few months it was regularly flown by Flying Officer James Nicholson who would subsequently have the distinction of being the only person from Fighter Command to be awarded the Victoria Cross. That winter was the period that has become known as “The Phoney War” and although regular patrols were flown from either Church Fenton or Leconfield, log entries invariably report that “No Enemy Aircraft were sighted”.

Operational sorties flown in the early part of 1940 largely consisted of Convoy Patrols, but on 1st June, 72 Squadron was suddenly thrust into the limelight when it relocated to Gravesend to supply support for Operation Dynamo. In what has become known as the “Miracle of Dunkirk”, during an eight-day period, 338, 226 allied troops were successfully rescued from the beach by a hastily assembled armada of naval vessels and civilian boats. The 12 aircraft from 72 Squadron were in the thick of it and on 2nd June, whilst flying with 5 aircraft from 609 Squadron, engaged 5 enemy aircraft, with two confirmed kills.
Weather played havoc on 4th June and K9942, whilst returning from another sortie over Dunkirk, was obliged to make a forced landing at a farm near Lewes when it ran out of fuel. Worse was to come the following day when having sustained damage during a patrol over Dungeness, the aircraft made a wheels-up landing at Gravesend. The Spitfire could not be repaired on-site and so was transported to Hanworth Air Park for attention by General Aircraft.  The brief operational career of K9942 was at an end.

By this time the Spitfire Mk. 1 was giving way in front-line service to more advanced models. Thus, after a successful rebuild, K9942 was assigned to No.7 OTU (Operational Training Unit) at Hawarden near Chester, where an observant Katherine Winters might have noticed that it was given the Squadron Code of LV-C. By December 1940, No.7 OTU had been renumbered No.57 OTU. The Unit specialised in Spitfire training and in the Summer of 1940 some 58 aircraft were on strength. Training Courses were typically a mere two weeks in duration, primarily concentrating on type conversion. Therefore, K9942 would have spent most of its time pounding the circuit at Hawarden and it’s extremely unlikely, that with its limited fuel endurance, it would have ventured as far south as Duxford.

So why did the author elect to include this specific Spitfire in her storyline?

K9942 was to prove a real survivor. During a busy career it was to suffer quite serious damage on several further occasions, but each time the aircraft was patched up at a Maintenance Unit and returned to its vital training role. In August 1944, being an aircraft of Battle of Britain vintage, an Air Historical Branch initiative called for its retention as a future museum exhibit.

The next 30 years would see it appear at a succession of Battle of Britain Days and air-shows around the country before, in November 1971, it joined the Royal Air Force Museum at Hendon as the oldest extant Spitfire. Here it would be restored to its former 72 Squadron markings, but with the Code SD-V.

In October 1997 the aircraft was transported to the Medway Aircraft Preservation Society to undergo a full rebuild. During the restoration process it was discovered that, a bit like the hammer analogy, the aircraft had been fitted with new wings after one or more of its landing accidents. The restoration process sought to strip the aircraft of the many modifications that it had received throughout its career so that it was returned to a fully authentic 1939 Spitfire Mk. 1.

With the work complete the aircraft was officially donated by the Ministry of Defence to the Royal Air Force Museum.  Initially the aircraft returned to Hendon, but having been replaced on display by Spitfire Vb BL614, in November 2002 it was transferred to the Royal Air Force Museum Cosford, where it remains to this day, now with the correct Squadron Code of SD-D. And it was whilst performing at this location in June 2019 that Time & Again Theatre Company was given access to take photographs and chat to visitors in front of the plane, in between performances on Armed Forces Day. Thus K9942 truly became “The Greyhounds Spitfire”. 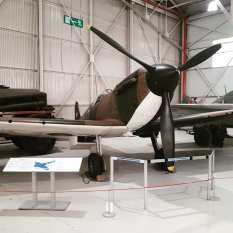 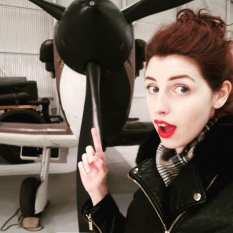 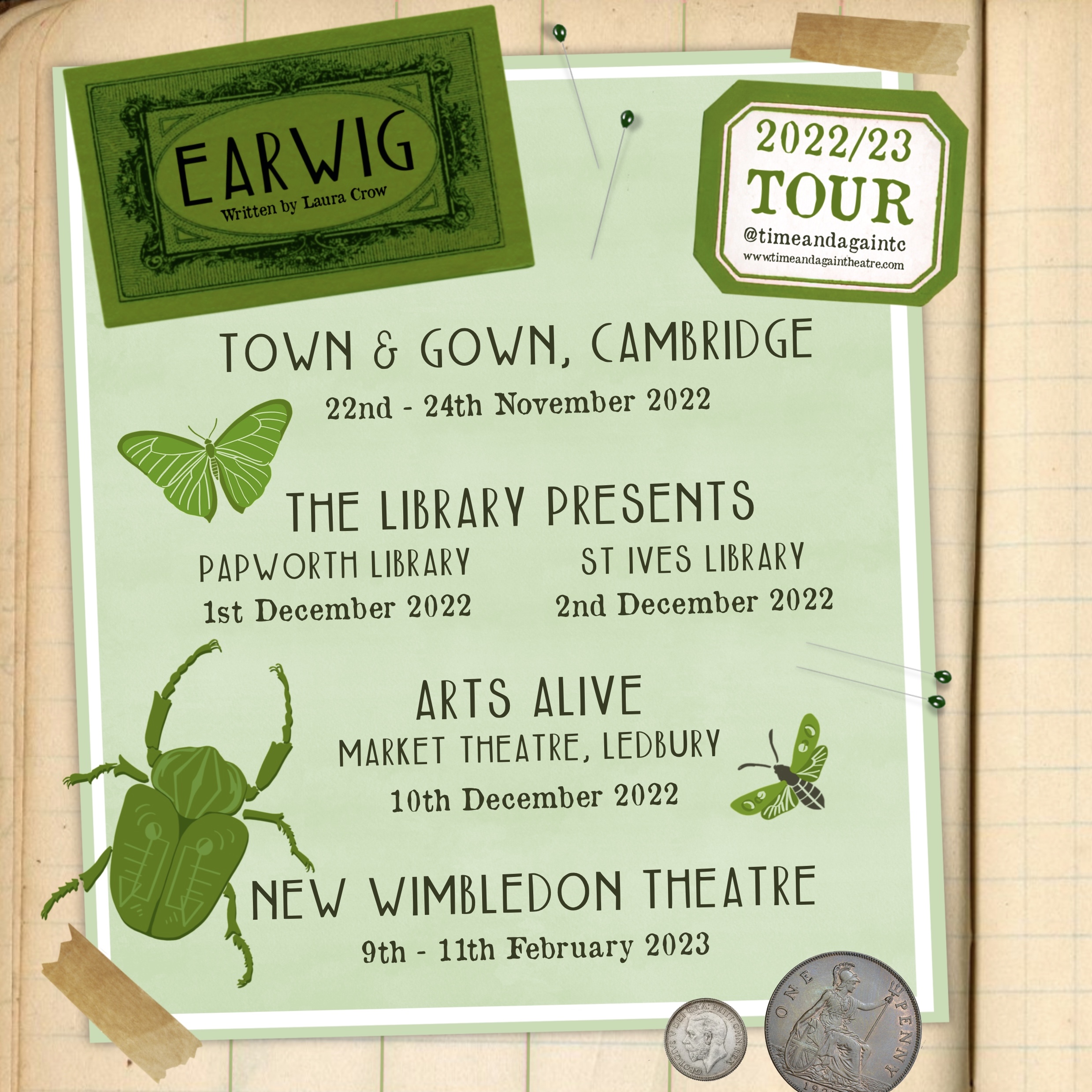